His Eminence KYRILL Archbishop of San Francisco and Western America is Awarded the Order of the Kursk-Root Icon, First Degree

In the great congregation of guests and Diocesan clergy, parishioners of Holy Virgin Cathedral, many members of the Western American Diocese, and a multitude of pilgrims from various Orthodox Jurisdictions His Grace Bishop Nicholai enumerated the many merits of His Eminence Archbishop Kyrill which inspired the members of the Synod of Bishops to distinguish him in this manner. Bishop Nicholai spoke of Vladyka Kyrill’s many years of pastoral service in his care for both the clergy of the Diocese and the laity, his teaching, and his support of the parishes of the Diocese through many pastoral visits where he presides over the Divine Services. During the decades of Archbishop Kyrill’s archpastoral service, the Western American Diocese has increased the number of parishes and monasteries: this would therefore include the many ordinations that have occurred either by his own laying on of hands or with his blessing. Bishop Nicholai further detailed Archbishop Kyrill's service to Mother Church by pointing to the latter’s many years as the Secretary of the Synod of Bishops of the Russian Orthodox Church Outside of Russia. Bishop Nicholai recounted the deep appreciation, value, and love the members of the Synod of Bishops have for Vladyka Kyrill.

On behalf of all the clerics of the Diocese, His Grace Theodosy Bishop of Seattle presented an icon of the Mother of God “It is Truly Meet” to His Eminence Archbishop Kyrill, stating that Vladyka Kyrill is truly loved and appreciated for his steadfast dedication to the clergy and laity of his Diocese. On the 30th Anniversary of his consecration to the Episcopacy, June 7th, 2022, Archbishop Kyrill served the Divine Liturgy at Holy Virgin Cathedral. His two auxiliaries, His Grace Theodosy Bishop of Seattle and His Grace James Bishop of Sonora chanted on kliros. At the end of the Liturgy, both bishops congratulated the celebrant on his anniversary. 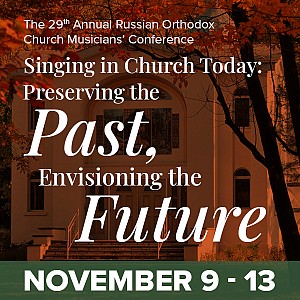